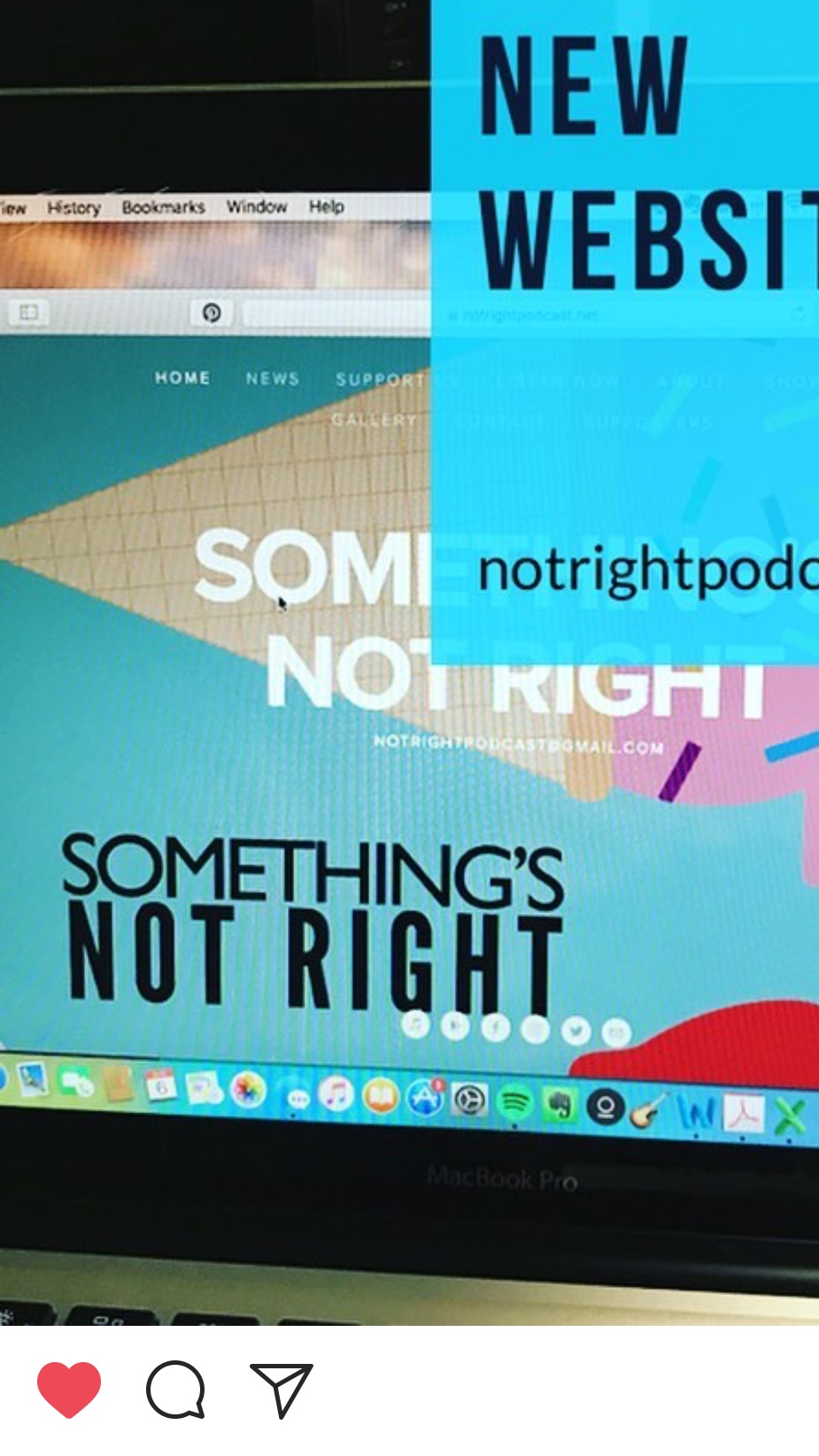 Something’s Not Right was born in early 2017, when Thashana and Olivia started discussing the possibility of doing a long form podcast to explore a mysterious death. Finding information on that case proved more daunting than they thought, so they decided to set it aside and begin telling other stories.

The podcast premiered on March 6, 2017, and featured the story of the unsolved 1967 murder of 12-year-old Nashvillian, Kathy Jones. Thashana and Olivia were both able to quickly find information on a lot of murders both solved and unsolved in Nashville and other cities in Tennessee, but they knew that wouldn’t be the only topic they would cover.

Something’s Not Right has a heavy focus on true crime, but the show features other stories that are in some way strange, disturbing, or creepy. While the hosts favor stories in their home state of Tennessee, they are also branching out to tell listeners stories from other locations as well.

My Take: This podcast is firmly in the crime-comedy category with bantering hosts telling stories about true crime and ghosts. They also have “Little Somethings” which are minisodes where they answer fan questions about everything from movies to the paranormal. The hosts, Olivia Lind and Thashana McQuiston are a large part of the charm. Lind plays straight man to McQuiston’s comic foil, a part McQuiston is suited for with her husky, Southern twang.

Make no mistake, these ladies are performers and I’m not gonna lie, they make me laugh at inappropriate things on a regular basis. The show is very much in the vein of My Favorite Murder or Wine and Crime. There is a lot of profanity, so if the F-bomb bothers you, this is not the podcast for you. Their catch phrase is “Boners happen.” You were warned.

The production quality is decent. Sometimes McQuiston is participating over the phone and you can tell by the hollow sound. Fortunately, they don’t suffer a loss of chemistry, and remain audible even when not in the same room.

I’ve developed a fondness for regional crime podcasts. Too many of the national podcasts tend to tread the same soil. While I love a good serial killer discussion,  some variety is a welcome change.  Being based in Tennessee, the hosts are covering crimes which I’m not familiar with. Some of these cases are a wild ride in the way only redneck and hillbilly murders can make be. I say that as a proud redneck.

This isn’t one of those podcasts where you have to listen in any sort of order. If you want a taste, dive right in with episode 33, Paul Farrar to hear about an insane murder you’ll never forget.  You can’t make that stuff up. From rednecks to  blue bloods, this podcast covers it all. If you like your crime with a heavy dose of WTF, this is the podcast for you.